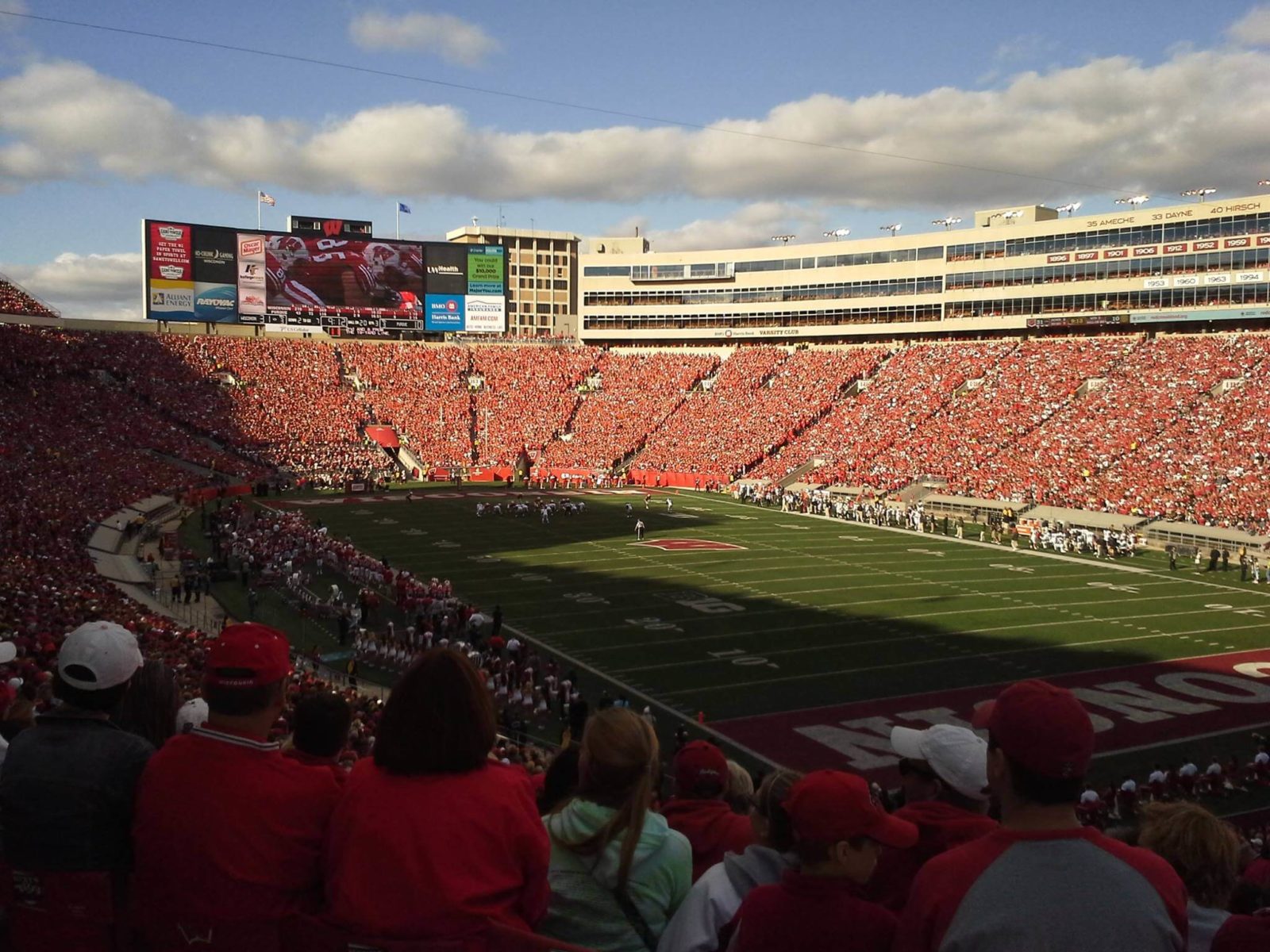 In general I am a big fan of your fine city. While I realize that your community is not home to an NCAA Football Bowl Series program (nor a Football Championship Series team), no one should have difficulty finding a place to watch the state’s flagship program.

In town for WordCamp Milwaukee this past weekend, all I wanted to do on my 90-minute lunch break Saturday was watch my beloved Wisconsin Badgers take on the Georgia State Panthers. While I eventually succeeded, it was not an easy mission to accomplish.

My first stop, a spot I had been to previously and thought would be ideal, was closed. At 1 p.m. On a Saturday. WHAT? This is not a dive bar, or a place where you’d go late at night as a last-stop before you pass out. This place is right on Water Street, the major downtown entertainment corridor.

My second stop is a place I normally would not patronize, but with a large outdoor patio on a beautiful afternoon I thought it was worth a shot. I could hear the game, but the two or three patio TVs were either surrounded by people or in the sun, rendering them unwatchable.

I walked inside, where the game was on a screen in the back bar. As I sat down, I was shooed away by Rude Employee #1, who informed me that area was closed and I would need to sit in the main bar or on the patio.

I wandered into the main bar. Again, the UW-Georgia State audio was on throughout the bar. But none of the six or eight screens was tuned into that game. Took a seat, asked the bartender to switch one to my game of choice; response from Rude Employee #2 was that I would need to watch the game on the patio, because all the TVs were tuned to other things that people wanted to watch. (Note: There were maybe 10 people around this bar, or roughly 1.5 people per screen.)

Rather than chase my tail, I marched out the door and went straight across the street to a chain sports bar/wing place — the exact type of location I did not want to patronize on such a beautiful day in a city with (supposedly) so many great, locally owned watering holes. But I had no choice; the clock was ticking down on my lunch break.

Here’s where things got really weird: There was one, perhaps two people in the Cardinal & White, and most of the TVs were turned to Iowa vs. North Dakota State. A couple of Hawkeye bros were keeping an eye on that one, but were more interested in snapping selfies and flirting with the bartender. The rest of the crowd wore Marquette colors and logos, which is strange because I am quite certain they have no idea what having a football program is like.

I finally found a screen showing the UW-Georgia State game, in the corner of the bar, with one other guy watching it. He said he was in the same boat as I, in town for the weekend and trying to watch the UW game. We shared amazement in how difficult this seemingly difficult task was for the both of us.

Again, I realize there are probably dozens of “Badger Bars” in the Milwaukee metropolitan area that use gameday as an opportunity to make their establishment into Camp Randall East. But at least on this beautiful fall day in your downtown entertainment district, being a Badger was a difficult job.

I realize that some of this consternation came about because of the game’s closer-than-expected nature and outcome. But at least we won, as opposed to those Hawkeye Bros!