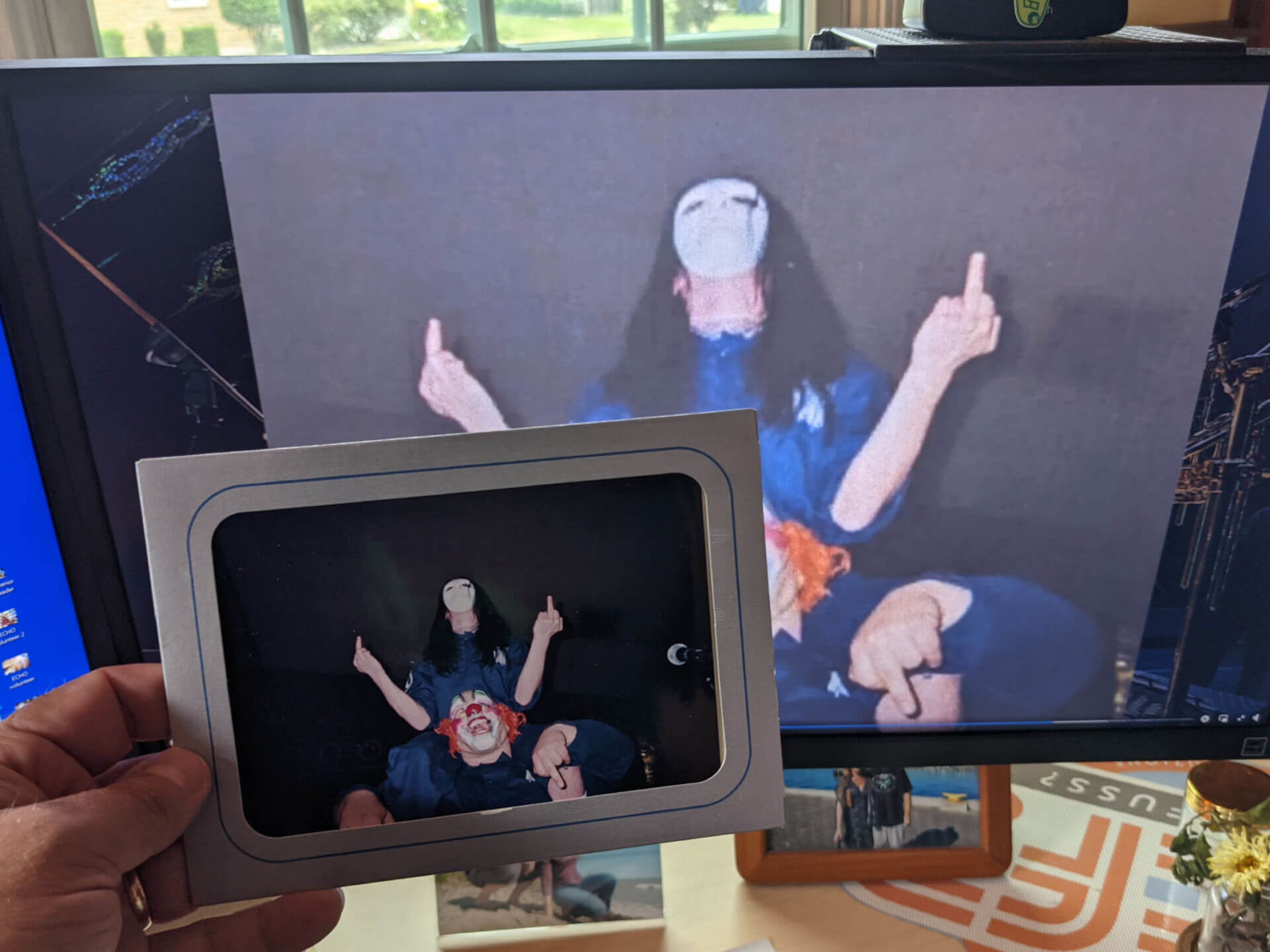 The world as a whole, and my Des Moines family in particular, lost a loved one last week. I haven’t said much about it publicly, because he and I were never the closest or best of friends and I’m not sure what I can add to the conversation. It was one of those situations you find yourself involved in, we were both at fault, and it was over stupid, youthful indiscretions that unfortunately could never be taken back or undone.

But we shared a mutual best friend in Paul Gray, and despite his best efforts to mend fences over the years, Joe and I did not speak after 2003. I don’t know if he ever gave me another thought, but I don’t like the idea of going to my grave without being able to patch things up, say I’m sorry, and so forth.

It took me some time to process all that has happened, especially given what I went through after Paul’s passing a decade ago. My life is so different and I am so far removed from the heights that band achieved and continues to enjoy to this day. I still love them, but have watched from afar as released #1 albums, sold out stadiums and arenas, replaced members, and all the while continued to be at the top of the game. It is nothing short of amazing, but so strange to watch from the outside when I used to be right in the middle of it all.

There are all sorts of memories of those years that I cherish and will never let go. I am so happy that I did my best to document the rise of Slipknot in those early years via photography. At that time it was really the only way to “explain” to those outside of Iowa and the Midwest the sonic cyclone and stage show that was Slipknot.

It took me a few days but I finally brought myself to watch the tribute video the band posted last week. I just knew that there would be a heavy dose of Paul included, given how close he and Joey were, and I was correct. It was a tough 8+ minutes, to be sure, but at the 7:16 mark my spirits lifted as I recognized a photo.

I went into a drawer, pulled out a box of old photos, and there it was near the top. I shot this on April 4, 1998 (2 days prior to my 21st birthday — oh what a weekend that was!) at the Illinois Institute of Technology in Chicago, where Slipknot was opening for Sister Soleil. Yes, an odd pairing but not the strangest I ever saw with Slipknot as an opener in those years.

This show was a mere 4 months after being brought into “the family.” I had helped Shawn and some of the crew get back home after their van broke down on the side of I-80 in western Iowa on a 5-degree night, and later used my nascent web-design and Flash skills to make the first Slipknot fan site on the web.

I knew this was going to be a big show for them because, hey, it was Chicago and we were from lowly Des Moines. But also because they were gaining national attention as an up-and-coming band that many labels were checking out. A few months prior, producer Ross Robinson himself had flown into Des Moines to check out a show at Safari and things really heated up after that.

I remember a lot of things from that trip to Chicago:

But what I will remember most is the moments just before and after this photo, when the band emerged onto the stage and just absolutely horrified those sitting in the auditorium. These were the pre-YouTube days and the crowd obviously were expecting an opening act more along the lines of Sister Soleil.

There were 40-50 crazy Iowans in front of the stage, cheering for their hometown heroes because we knew what was up. I remember turning around to see several hundred aghast, shocked faces; it is one of those moments that I wish I had snapped a photo but thankfully the image is seared in my mind forever. That was the day, in my opinion, that Slipknot began their world domination.

The years that followed were full of ups and downs, but mostly ups when it came to their career: the official introduction to the world outside of Iowa during Ozzfest 1999; late-night TV appearances in the US and the world over; headlining gigs and tours with legends as openers in ever-larger venues; a seemingly never-ending list of awards, including 10 Grammy nominations and even a win in 2005; and now they have their own namesake festival and whisky.

I watched most of this from a distance, living vicariously through Paul until he passed. Since then, they’ve grown even larger on the world stage and I am continually amazed at what they’ve been able to accomplish — even though Shawn Crahan foretold everything to me on that long, cold ride back to Des Moines in January 1998 and in the months and years after.

I also watched from afar as the faces changed and new members filtered in. The band as it was in the late 90’s no longer exists, but the spirit and goals have remained true. In my remaining years on this earth I will likely never be involved with something so large and successful; but those days in my early and mid 20’s shaped me more than I can put into words (just ask Katie) and I will forever call the ‘Knot my favorite band of all-time.

Rest in peace, Joe. It took me many years and the loss of our mutual friend to come to terms with the things that came between us. I hope that maybe somewhere along the way you went through the same process, but if not, one day when I reach the afterlife you’re one of the people I will seek out first to make amends.