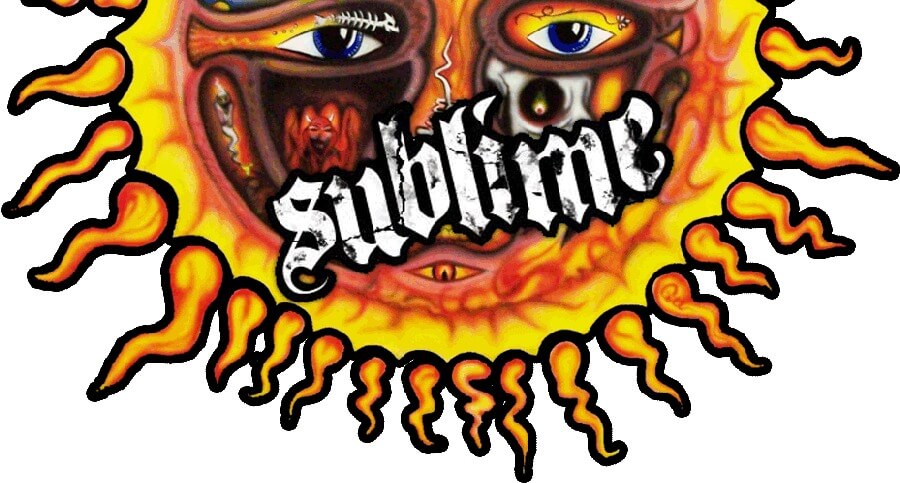 Today marks 20 years since the world lost one of its brightest young musical visionaries, Bradley Nowell, front man for the Long Beach, California-based reggae/rock/punk/ska/hip-hop band Sublime, to a heroin overdose at the age of 28.

Few outside of Southern California knew how much the world would miss Bradley, though, as the band was just beginning to break through and become more than, depending on who you ask, the world’s greatest party band or just a group of drunken, rowdy punks. Brad supposedly as clean as he’d been in years, had recently had a son and gotten married, and his band had just recorded an album that would go on to become influential to an entire generation of musicians.

Shortly after Bradley’s death, Sublime’s self-titled, major-label debut album was released, “What I Got,” “Santeria,” and “Wrong Way” became alt-rock radio staples and millions of albums flew off the shelves. It was too late; all these new converts would never see them perform live.

How I was introduced to Sublime

The 20th anniversary of Bradley’s death has spawned countless tributes by former friends, fellow musicians, and fans. A post on the reggae-rock blog The Pier asked several current musicians, most too young to know Sublime at their peak, how they came across the music and how it has influenced them. I thought I would do the same here.

I grew up as a music fanatic in a small Wisconsin town back in the “Olden Days” before the internet, mp3s, file-sharing and the like. I also grew up in a rural area, so there was no cable-TV to be had. Needless to say, finding new music that wasn’t played on FM radio was difficult.

Luckily there was a college about 15 miles from my house, and they had a low-power FM station that I usually could pick up in my bedroom or in the car. That station helped expose me to music I never otherwise would have heard; genres like thrash metal, industrial, punk and ska, hip-hop and reggae.

It was on this station during my sophomore or junior year of high school that I was first introduced to Sublime, although at the time they seemed like little more than a novelty. I remember hearing “Date Rape” several times and, while I thought it was original and catchy, it just seemed out of place compared to everything else I heard on that college FM channel. I also recall hearing “Smoke Two Joints” and thinking the same thing, although I did not truly understand the song at the time.

Fast-forward to the fall of 1995 and my freshman year in college. My musical tastes had shifted a bit after being introduced to 311 by a girl from Omaha who had followed their rise from local favorites to budding national band. Third-wave ska was just beginning to catch on, and one of the guys who lived next store had records from all sorts of bands that caught my ear.

One day early in the semester he was spinning “40 Oz. To Freedom” over the lunch hour and I specifically remember my ears perking up when tracks like “Don’t Push,” “New Thrash,” and “D.J.’s” pulsated throughout the dorm hallway. I was somewhat incredulous when I found out this was the same band that performed “Date Rape” and “Smoke Two Joints” — and those songs were on the same album as the ones that caught my attention.

I immediately asked him to dub a cassette tape for me and I was hooked. I proceeded to leave it in my tape deck for most of the rest of the year, save for the week in November when 311 and The Urge played an epic show on campus.

Because the internet was not yet capable to producing the rich media experiences we take for granted today, I didn’t seek out other Sublime music or info. As winter passed into spring I played that tape less and less, until that day in late May 1996 when MTV informed me that Bradley had passed. A month or two later I purchased the self-titled album, which has remained one of my all-time favorites for the past two decades.

Interestingly enough, it was not until 2006 or so that I really started to dig into Sublime’s back catalog. Maybe it was the coverage of the 10th anniversary of Bradley’s death that triggered that curiosity, but something made me look beneath the surface.

I somehow stumbled across a compilation known as the “Rewind Selector” and was floored to discover the number of tunes across any number of genres that Bradley had sewn together, put his own LBC twist on them, and made them into completely new works of art. I always knew that Sublime had myriad influences; it had never occurred to me that those influences were laid bare in the music for all to see and appreciate.

Suddenly the song “Boss D.J.” made so much sense to me: That’s what Bradley was. He was a guitarist, he was a vocalist, but most importantly, a DJ. And that is what separates him from so many others and what makes him, to me at least, the greatest musical voice of my generation.

In The Pier article that inspired this post, the musicians who were interviewed were asked to name their favorite Sublime song. The answers were varied both in the number of songs named and the reasons why those tracks are so beloved.

It also got me thinking about what my favorite might be. This is a tough one, as there are so many choices. In addition to their official full-album releases, there are countless B-sides, covers, demos, bootlegs, live recordings, and so forth.

But if I have to pick just one, it’s “S.T.P.” off the Robbin’ Da Hood album. (See video at the top of this post.) It’s my favorite because it has all the elements that make Sublime so unique: Driving guitar riffs that lead into a very reggae-like bassline, topped off with Bradley’s one-of-a-kind voice and cadence and ability to write a killer hook.

Plus, it contains the lyric that sticks with me and countless other Sublime fans as Bradley’s legacy:

“Look at all the love we found.”

Indeed we have, Bradley, and thanks in part to you.